readings
O God, Who have prepared for those who love You good things which no eye can see, fill our hearts, we pray, with the warmth of Your love, so that, loving You in all things and above all things, we may obtain Your promises, which surpass every human desire...
collect for the 20th Sunday 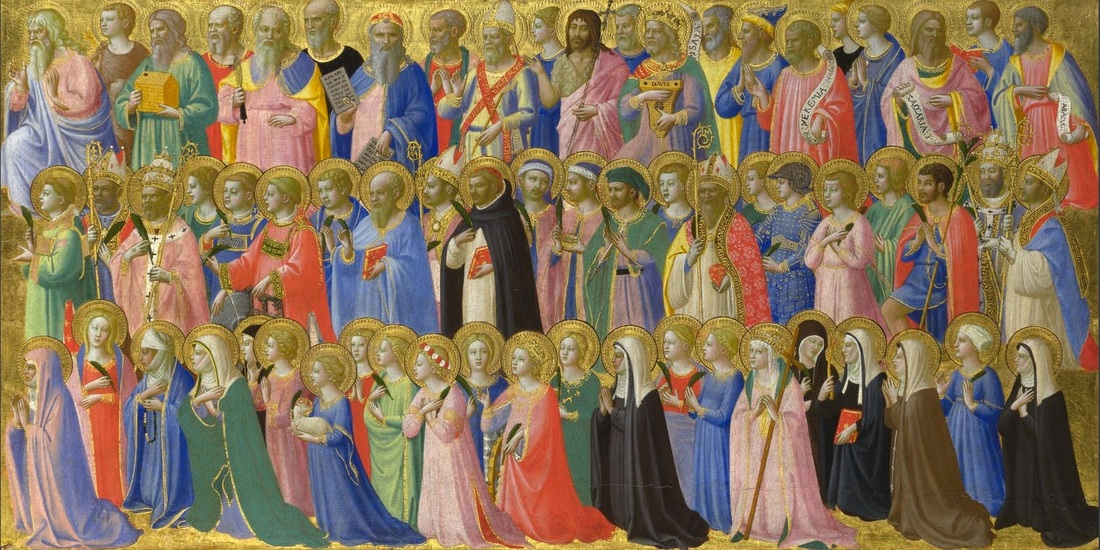 As a newly ordained priest, I arrived at my first parish with training in the Spanish language, but no lived experience of speaking the language or understanding the cultures of Spanish speakers. Charged with the pastoral care of several hundred immigrant families from more than a dozen Spanish speaking countries, my first couple of years in the parish were intimidating and difficult. I felt foolish and incompetent as I struggled to understand conversations and make myself understood.

I am happy to say that the struggles eventually passed. I learned to communicate and to understand the fundamentals of conversations. And I can give witness that those first years among Latin American immigrants changed and shaped me as a human being and as a priest. On the most basic level, I am grateful for the patience, understanding, and kind assistance of the community who helped me in myriad ways. There is also a very special richness to be had when cultural and linguistic barriers fall. The warmth and hospitality of the community, drawn from so many backgrounds, made every day interesting and full of life. Above all, behind those barriers I met people of the deepest faith. Many were beset by poverty and had experienced the trauma of war and persecution in their home countries. Nevertheless, they were joyful and faith-filled. The seminary may have taught me theology, but the people taught me discipleship.

The readings for this Sunday challenge believers to climb over the cultural boundaries that limit our vision and our ability to enter into rich relationships. The passage from Isaiah comes from a time when Israel has returned from exile and was struggling to reestablish the nation. In this, they were often subject to mistreatment by foreign tribes. As the people strove to define themselves, especially in regard to their ritual and worship, it is not surprising that some found that the easiest way to establish their identity was to set themselves apart from foreigners. Such folks must have found Isaiah’s vision disturbing. Isaiah teaches that the foreigner who observes Israel’s law is welcomed by the Lord. People of those other cultures may even participate in the most central aspect of Israel’s life, its worship of the Lord. Isaiah is teaching the people that shared faith overcomes cultural divisions.

Paul wrote to a Roman community of Christians divided along ethnic and cultural bounds between Jew and Gentile. In calling this community to unity, Paul stressed God’s universal plan of salvation. Paul lamented that many of his fellow Jews did not accept the Christ as Paul did on the road to Damascus. But Paul saw the hand of God in the opening of God’s promise to the Gentiles. In this passage, he hopes that the conversion of the Gentiles will one day spur his own beloved Jewish people to share Paul’s faith in Jesus. Just as Jewish faith brought the disobedient Gentiles to the mercy of God, so Paul hopes that the remarkable sight of Gentiles brought to faith in the mercy of the God of Israel will turn Jewish hearts to Christ. In the verses missing from our shortened passage, Paul uses the beautiful image of Gentile “branches” grafted onto Israel’s “olive tree” to express the unity of these two peoples and cultures now drawing on the same roots of scripture and covenant in order to bear fruit for Christ.

In the gospel passage Jesus travels to the boundaries of Israel and there He encounters a foreign woman. She is described anachronistically as a “Canaanite,” a designation that calls to mind Israel’s arch foes. The disciples react to her foreignness by asking Jesus to send her away. Jesus does not send her away, but reiterates the primacy of His mission to Israel. When she persists, Jesus retorts in a manner that seems harsh. He uses the image of throwing the children’s food to the dogs to challenge her.

On one level, this story models humble discipleship and persistence in prayer. Jesus’ recognizes the great faith of the woman and grants her request. But is also a story of Jesus’ relationship to one on the other side of the boundary. Do not let the harsh language distract from the fundamental truth of Jesus’ openness to this woman and His power to grant her prayer and heal her daughter even from a distance. In this, Jesus is acting in the way that Isaiah prophesied for the Lord. He is extending God’s merciful love across all merely human barriers. In the community of the Lord, actions may divide, but human hearts may never be placed “beyond the pale.”