Paul's dramatic life story turns on the fulcrum of his encounter with the Lord Jesus on the road to Damascus. In a very real sense, Paul is born anew after the encounter. He is transformed from a man who deals death to one who will pour our his life in the service of the Christ.
In his letter to the Galatians, he addresses the problem of other preachers who have arrived in the city after his departure. Paul had taught the Galatians that their salvation was to be found in the Christ - they would become new as he himself had been renewed. Paul did not impose on those Gentile converts any ritual observance of Jewish law. Nonetheless, other Christian preachers now worked to convince the Galatians that Paul had instructed them incorrectly. These new preachers wanted the Galatians to observe Jewish purity and ritual codes as part of their Christian life. It appears that they also cast doubt on the authority of Paul - they may have claimed that he was subject to the leaders in Jerusalem - and these new preachers claimed the authority of Jerusalem.
So now we hear Paul stress his authentic Jewish credentials even as he reminds the Galatians that his call and his authority did not come from the Jerusalem Church, but directly from the Lord. And the remarkable depth of the change that occurred in him gave evidence of this direct effect of the Christ.

This uniquely Lukan account touches on key themes of that gospel - the compassion of the Lord Jesus for the poor and marginalized and the transformative, life giving power of the presence of the Lord.
Here we are told that the woman is widowed and that her only son has died. This combination sentences her to a life of extreme poverty and likely death. Like so many poor ones in Luke-Acts, she will see here fortunes reversed by the Lord Jesus Who will demonstrate His compassion for her and for her lost son.
The story parallels the widow in First Kings with one very telling difference. Recall that Elijah raised the widow's son by interceding with the Lord. Jesus directly commands the dead man to rise. He is not interceding, He is exercising the divine power of life and death. The reaction of the crowd - fear and wonder - confirms the unique and overwhelming nature of what has come to pass. 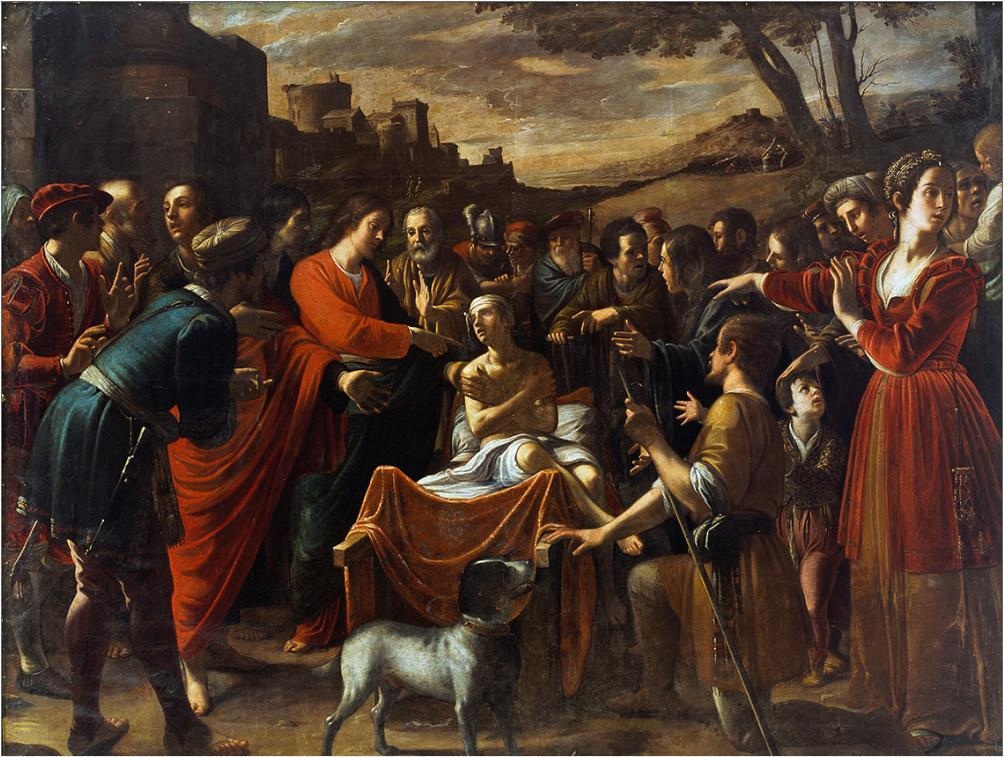